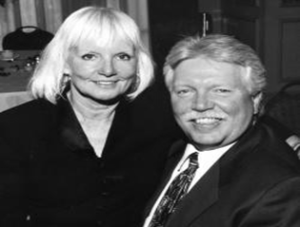 Thomas Robert Bell better known as “Tom” passed away at the age of 58 from complications of surgery. Tom was born in Lynn, Massachusetts and moved to North Palm Beach Florida at the age of four. Tom worked for Bellsouth for 35 years. After retiring Tom went into the real estate business at Century 21 in Oneonta. Tom also worked at Hometown Bank in Oneonta.

Immediately when Limestone Springs opened Tom and Mary moved in. It was Tom’s dream to live on a golf course and Mary recalls that everyday Tom would say “it’s just another day in paradise”. Tom loved the game of golf and was especially interested in the young golfers. So much so that he knew every kid that played in Limestone by name. He was both proud and impressed by their skills.

“I know all of the volunteers exist because of their love for Tom and the Bell family, he was great to my family when we uprooted and moved from our home of 43 years. Tom was one of the first people we had contact with in Oneonta, and what a great first impression he was. Now the Tom Bell Memorial will always be that same great first impression for every young golfer and their family that participates in the tournament.”  – Scott Coefield

“Words cannot express the admiration and respect I had for Tom. I never grew up with much and I came from a single parent home. I never really had anyone but my mom to look up to and while transitioning to adulthood, I always looked up to Tom. I was only 22 years old when we met as my center moved under him through a re-organization. He was a tremendous inspiration to me and he made me want more out of life. I never wanted to let him down. I have been promoted several times now and life has really shown me a bright side. I just wish I could shake his hand and talk to him one more time to really let him know how much he meant to me.” – DeAndre Eaton